Skip to content
Home » How did 99.co (Singapore) manage to raise $560k without an active monetization model?

How did 99.co (Singapore) manage to raise $560k without an active monetization model?

I just read this thread from JFDI discussion group and found it helpful for entrepreneurs in Southeast Asia and Asia. So I asked Darius (Founder/CEO 99.co) and Mohan (e27) for their permission to publish the answers. Please find the original answers quoted below.

Thanks Darius and Mohan for the insightful answers. Also thanks to Elaine (who wrote the very first nice article about 99.co on e27), and Rama (who raised the interesting question).

Darius here, just saw this, thanks for asking.
I believe the common perception that Asian investors are reluctant to invest in startups without active proven monetization model is inaccurate – if you dive deeper into why such perception or verdict is common place, it is not due to the often-sited “no-balls” or “no-vision” argument, it is a rational conclusion that startups without a monetization model (or for that matter profit model) tend to fail, at least in part due to an under-developed VC ecosystem (specifically, the lack of high-risk series A and B money).
By now there are increasing number of examples of high-growth startups that continue to get financing pre-profit (and occasionally even pre-revenue) – Rocket’s companies, Reebonz, Redmart, Luxola, etc. are some obvious examples. Partially encouraged by that, and partially the obvious signs of potential exit valuations and multiples, my bet is that you will see seed investors take on more risk and fund startups that are pre-revenue.

There is of course a huge difference between startups who choose to not make revenue their primary goal today and startups who don’t know how to make money at all. (We were perhaps fortunate to have met investors who believe that we are the former instead of the later)
(this is, however, not an encouragement to not have a monetization model – it is still a rare case around these parts of town to find a startup working on a problem / market-size large enough for that sort of growth and financing)
Cheers,
D
@mohan – i just saw this, thanks for the kind explanation!
On Wednesday, May 7, 2014 12:33:25 PM UTC+7, Mohan Belani wrote:

My 2 cents would be:
1. Darius is serial entrepreneur with a track record of starting and building companies. In this case, they are backing the founder and team (he has a great team as well), not just the company or the product. At such an early stage, it’s typical for investors to back the people running the company as opposed to the product only. 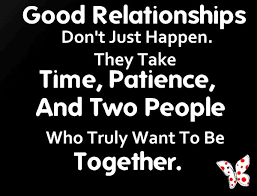 2. While it is not common, there have been cases of companies being funded due to good product traction, despite not having a revenue model. One of the most recent examples is Carousell, where the company was funded on the basis that they had amazing product traction and user engagement. Carousell has no immediate plans to roll out its revenue model and the investors backing them are in no rush to push for that as well.
3. Raising money has a lot to do with relationships as well. East Ventures, 500 startups and GGV have a pretty good relationship with Darius and Darius has put in money in some of their investments too. While the relationships and the cross platforms do help, it still boils down to the founder/team.
4. As a product, 99.co is pretty cool as well 🙂
Hope that helps.

I just checked this article: http://e27.co/99-co-raises-us560k-without-an-active-monetisation-model/ ,which challenges the common convention about Asian investors’ reluctance to invest in startups without active, proven monetization model.

I wonder what does this imply, possible explanations could be:
(1) 99.co does not have an active monetization model, however user traction allows them to justify a working monetization model to work within a clear time frame, which is around six months as mentioned in the article
(2) SEA-based investors have become more relaxed in terms of early stage monetization
(3) Darius’ serial entrepreneur background
Perhaps someone could enlighten us on this?
Cheers,
Rama